Historically, mental health is something that has been ignored in the Middle East. The stigma surrounding mental health disorders has been a source of shame for people that have struggled with conditions like depression and anxiety, let alone more problematic issues like schizophrenia. Previously, this has led to people shying away from discussing these very real and surprisingly common ailments of the mind, and many have had to suffer in silence as a result. Not only for those suffering from mental health problems, but for their families and friends as well.

These days, however, there is light at the end of the proverbial tunnel, as a global trend towards helping people cope with mental health problems has been growing, and even extending into the Middle East, the UAE, and Dubai, more specifically. Here, we discuss the topic of mental health in Dubai, as well as how Dubai health insurance interacts with it today.

Back in 2012, it was reported that “more than 4%” of the UAE population was clinically depressed. To some, imagining that 1 out of every 25 people you meet in the Emirates is clinically depressed may seem like a lot, but there is actually now evidence showing that the reported numbers of those afflicted with depression just six years ago may fall far short of the actual number.

More recently it has been estimated that almost 18% of the UAE population is depressed. This number even translates to school children, when it was revealed that the same percentage of teenage students were also struggling with depression. So are people really more depressed now than they were in 2012? In all likelihood, this disparity in numbers has less to do with the prevalence of depression in the country’s population, and more to do with the public’s evolving feelings surrounding mental health. The upside to greater awareness and understanding is that studies have shown that 54% of the barriers to getting treatment for mental health problems in the Middle East are related to a lack of acceptability on a cultural level.

In Dubai, the government has been taking steps to acknowledge the very real public health risk the mental health disorders represent.  Under banners touting slogans like “dignity in mental health”, the Dubai Health Authority has used occasions like World Mental Health Day to raise awareness amongst the emirate’s populace that it is okay to talk about mental health. Additionally, mental health is a stated priority in the DHA’s Dubai Health Strategy 2016-2021, where it is stated that the territory’s Mental Health Program aims to give “the population of Dubai… access to high quality care for mental health conditions, and address… the social stigma associated with mental health.” Although, the action item related to this point in the Strategy is to “develop & implement” a mental health strategy; showing that the government has only begun to scratch the surface of the topic.

Even if people are coming forward to be open about their mental health and seek treatment for any problems, there is another widespread issue in Dubai that can obstruct them: a lack of support.  First and foremost, the numbers of doctors treating mental health issues in Dubai is paltry compared to the prevalence of the disease in the population. There are only 0.3 psychiatrists in the emirate for every 100,000 people. The rates are equally as laughable among other professions that could help, such as 0.04 for occupational therapists, 0.25 for social workers, and 0.51 for psychiatrists.

Sadly, there is even more bad news for those seeking mental health treatments in Dubai: Even if the situation regarding a lack of medical professionals was greatly improved, limited insurance coverage is yet another barrier to getting treatment for those without the pocket cash to spend on it.

To be sure, without Dubai medical insurance coverage, psychological or psychiatric treatment can be very pricey; even to the point that just a few sessions can drain an individual’s savings. What’s more, even with insurance coverage, co-payments and deductibles can still put a serious pinch on a person’s pocketbook. For this reason, it is important to take a hard look at any privately purchased insurance plan to make sure that the level of mental health benefits is enough so that there are no barriers between you and professional help, should you desire to receive it.

Businesses getting on board with mental health insurance

On an encouraging note, Pacific Prime Dubai has noticed an uptick in the number of businesses that are now seeking group health insurance plans that include coverage for mental health services. This kind of benefit, as well as wellness plans and other perks that haven’t traditionally be part of company-sponsored group health insurance plans, is now being included in benefits packages, as employers seek to attract top talent. What’s more, group health insurance plans oftentimes will include coverage for pre-existing conditions. This means that, whereas an insurer may not cover a condition that treatment has been sought for in the past on an individual policy, an employee can be covered for such treatment on group plan.

Despite the above trend by some Dubai businesses, a majority of employers in Dubai still do not offer insurance covering mental health. There are groups out there where people can seek some amount of support from counselors and other people dealing with similar issues, such as those offered at the German Neuroscience Centre in Dubai Healthcare City, but these kinds of group activities run only once a month, and may not be appealing to many who have a hard time sharing their feelings in front of a group.

So, for those that would like to seek Dubai medical insurance coverage for individual professional help, the best choice may be to work with an insurance intermediary, like Pacific Prime Dubai, to find the best available option. Our insurance advisers will gladly seek out the best available plans on the market and present those that have the amount of coverage you want for the best possible value. Contact us today for a free plan comparison and price quotation.

The Impact of Obesity on the Health of Children and Adults in the UAE
How to get free infant vaccinations as an expat in the UAE
Common respiratory diseases in the Middle East: prevention and treatment

Pacific Prime Dubai specializes in helping you find and secure the best insurance in Dubai. With 20+ years of operating experience and a global presence, our expert advisors work with you to identify your coverage needs. Contact us today for a free quote. 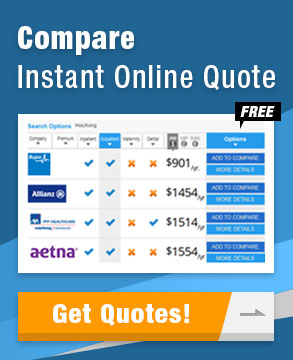