The complete reloaction guide for
British expats in Dubai

Moving from Britain to Dubai?

Figuring out jobs, visas, and work permits, as well as finding a place to live, getting to know the city, enrolling your kids into a new school (if you’re relocating with family), looking into the healthcare system, and securing a health insurance plan can be a lot to handle.

With an estimated 85% of its population being expats, Dubai might just be one of the most expat-friendly places out there. British expats will feel especially at home, as an estimated 240,000 Britons live and work in Dubai. Yet packing your bags and flying 7 hours to a new place can be daunting, and requires careful thought, consideration, and planning.

Here are some things to consider:

A word about the cost of living

Finding a suitable place to live

Getting around the city

Enrolling your kids in a school

A word about the cost of living

While Dubai’s salaries can be high and there’s no income tax for individuals, it’s vital to compare salaries with living costs. However, Londoners will find things in Dubai to be cheaper. As Numbeo, a global database for living costs, puts it, you’ll need approximately AED 20,500 in London to maintain the same standard of life that you can have with AED 18,000 in Dubai (assuming you rent in both cities).

Further reading: What is the cost of living in Dubai for expats in 2022? 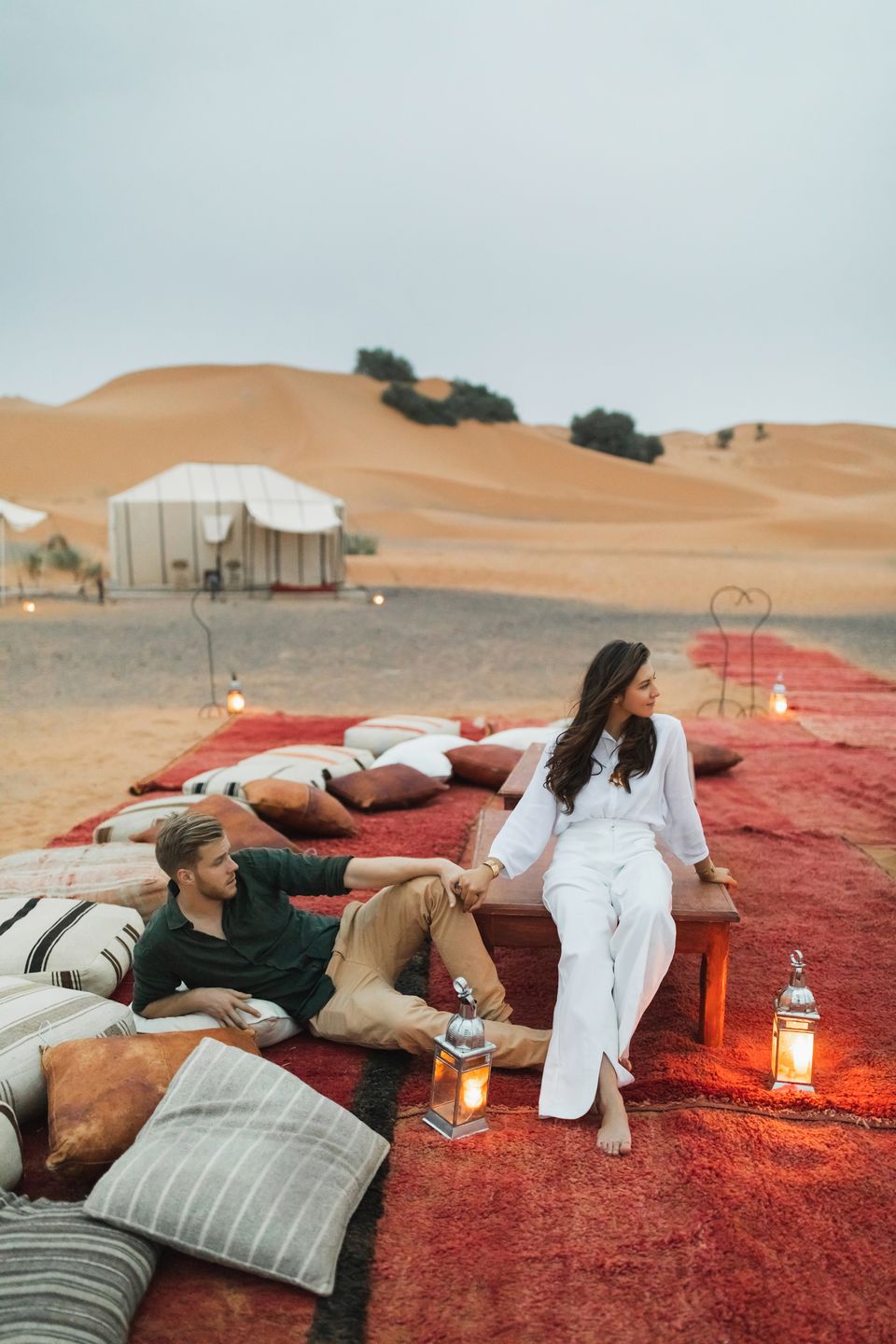 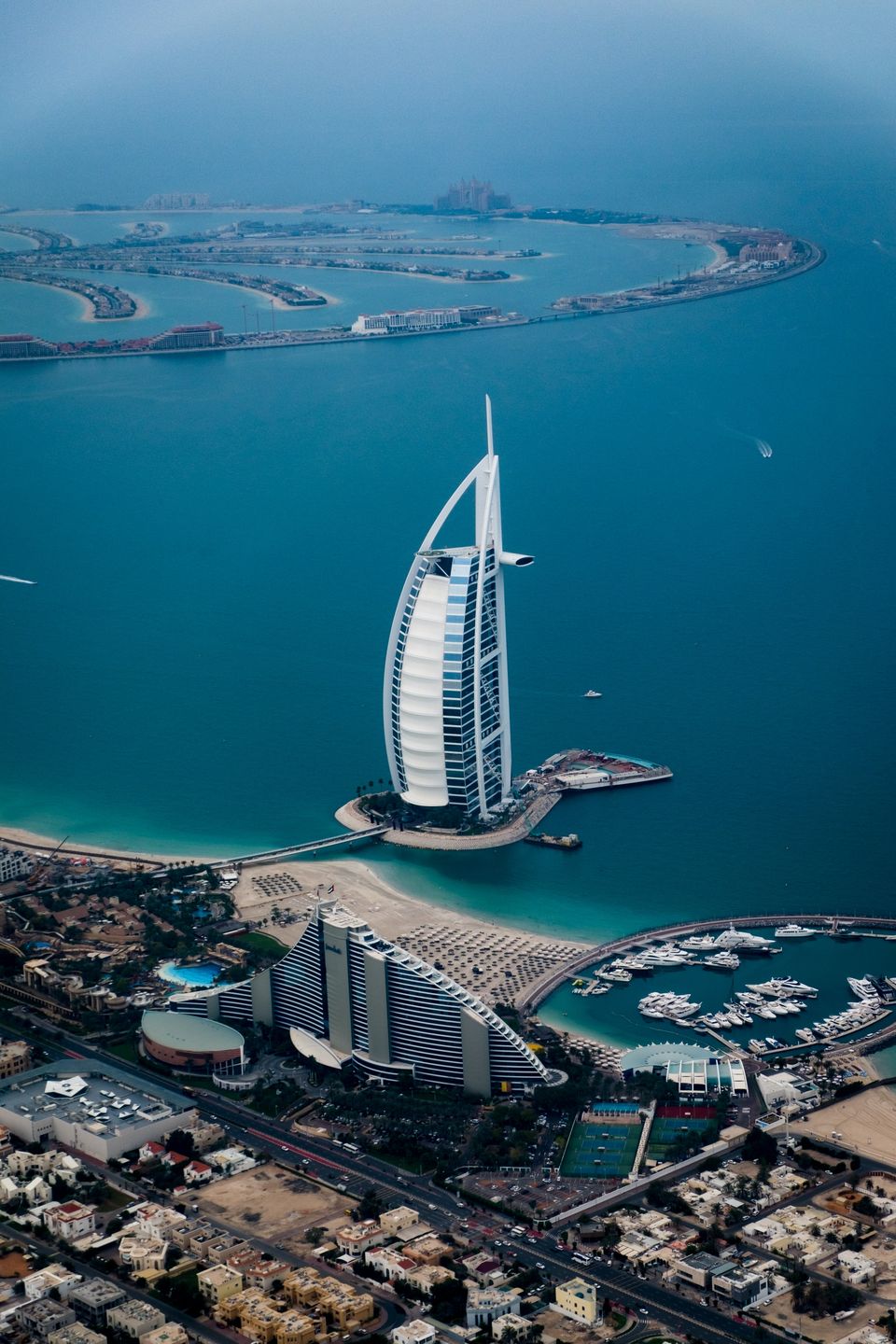 Dubai has many growth industries such as the energy sector, and industries like healthcare and life sciences are likewise facing labor shortages. Expats can also find jobs in the property and finance sectors. It’s highly recommended to secure a job before moving to Dubai - especially if you’re moving with a family. Many British expats do so via international companies in their home countries, as these companies have operations in the Gulf region. This way, you can negotiate a relocation package and get visas/work permit support.

Those with a job offer can apply for an Employment Visa, which is arranged by your employer and allows entry to Dubai. After this, a work permit is issued. Dependents like your spouse and children below a certain age can apply for a Dependent Visa. That being said, there are other visas and entry schemes to look into. For example, Dubai’s Virtual Working Program allows you to relocate to the city and continue working remotely for a company based in another country.

Finding a suitable place to live

Dubai (along with Abu Dhabi) are two of the most expensive cities to rent in the UAE. According to Numbeo, a city-center one-bedroom apartment in Dubai can set you back around AED 6,000 a month. This gives you a benchmark for larger properties and those located further away from the city center. Although the cost is quite high, those coming from London won’t be in for a shock.

Moving with your family? It’s so important to find a family-friendly place. You should look for a residential area, where there are social opportunities with other expat families, and make sure the commute to your kids’ school and your place of work is manageable. From Arabian Ranches to Dubai Marina and beyond, you’ll certainly be spoilt for choice.

Further reading: The best places to live in Dubai for families 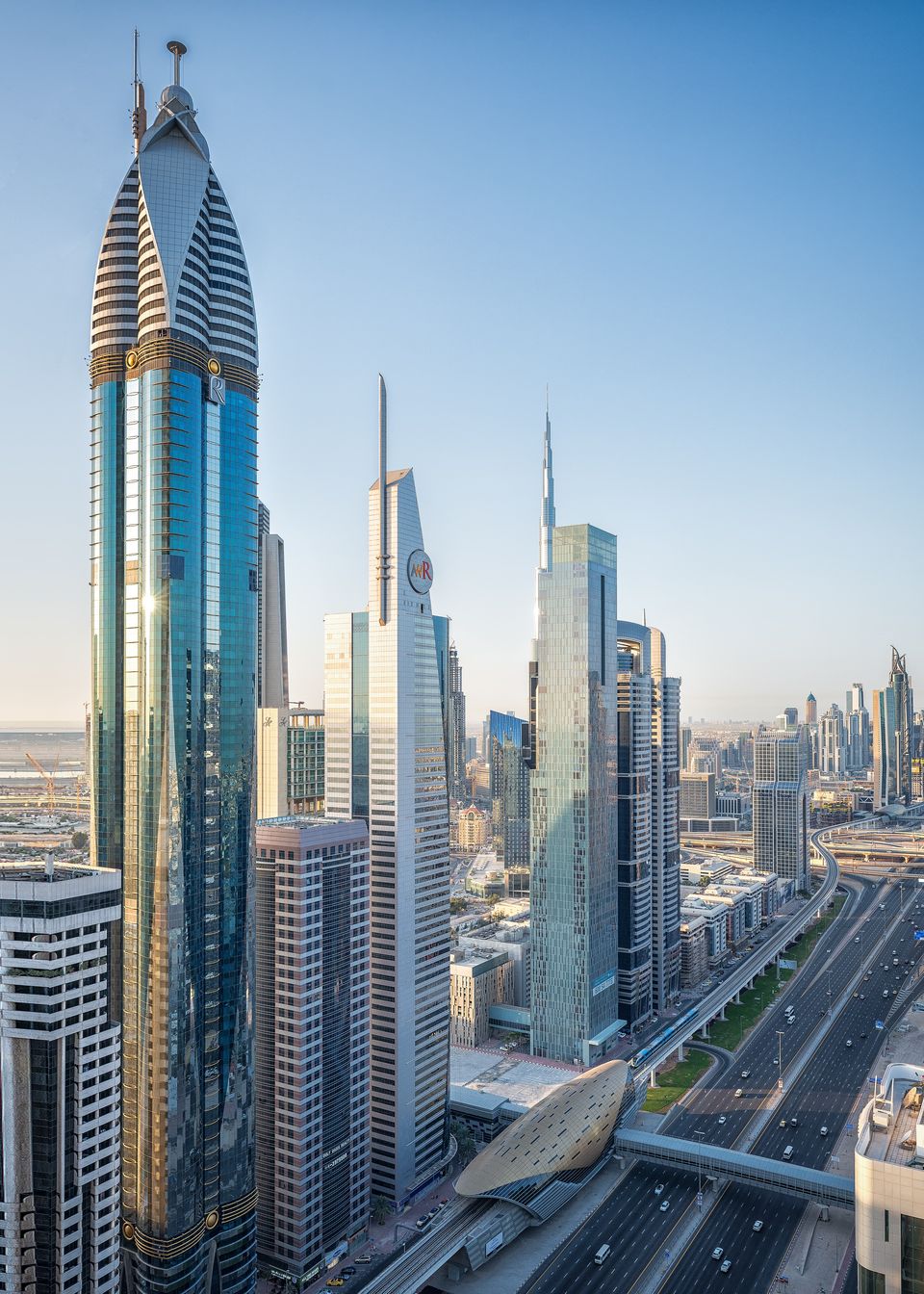 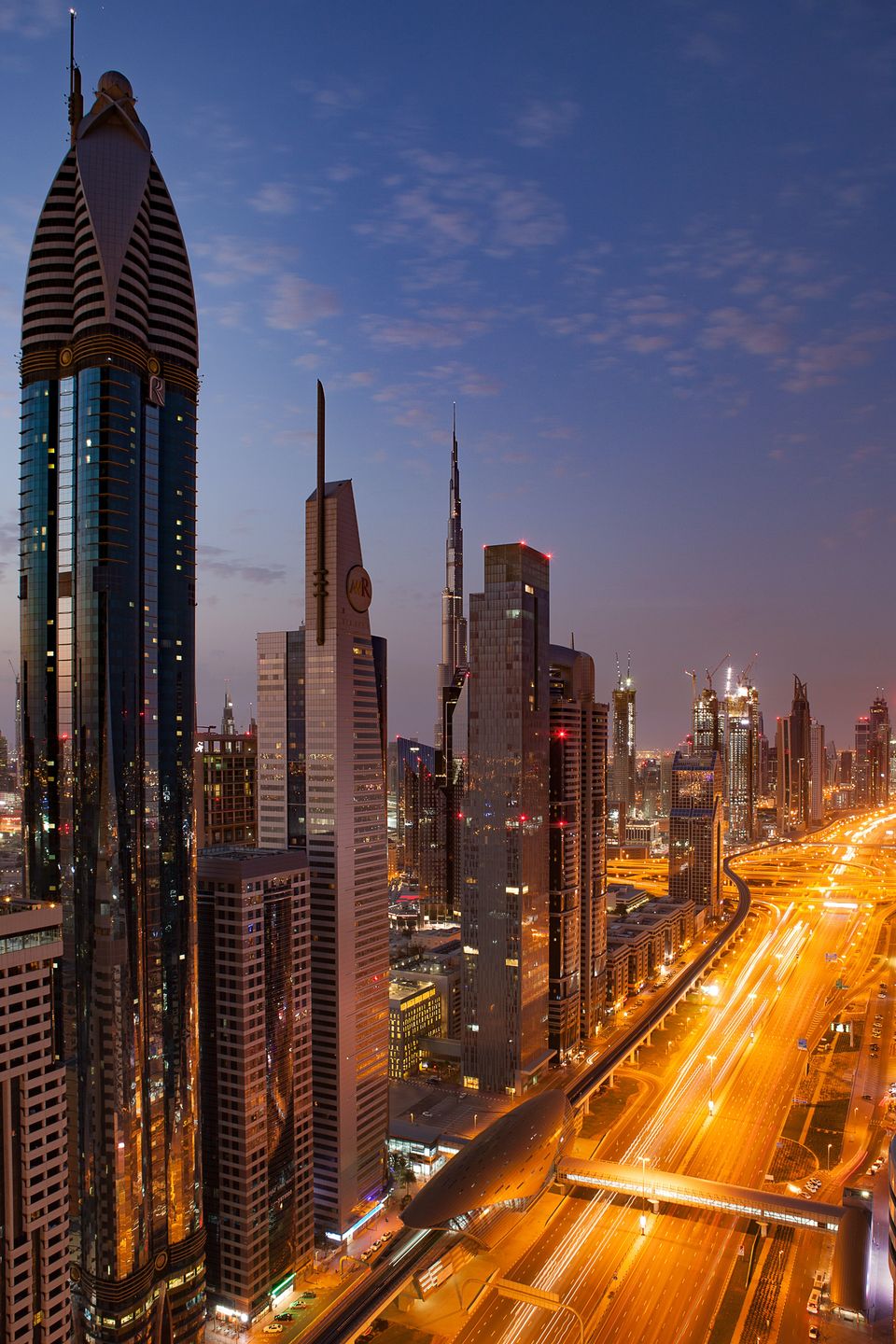 Getting around the city

Speaking of commuting, you’ll be glad to know that public transport is decent. There is a fully automated metro system that’s modern, easy to use, and affordable. You can hop on the red or the green lines, and there’ll be three further lines in the future. In addition, there is a large and growing bus fleet that covers almost the entirety of the city. You can even get feeder buses to the metro system, which are designated an “F” before the route number.

If you prefer to get around by car, Dubai also has plenty of taxis - most of which are Toyota Corollas. Taxis are metered, clean, and well-regulated, and all drivers wear uniforms. Ladies-only taxis (with female drivers) are also available, as are a few special taxis for the disabled. You can get a taxi from one of the taxi ranks, by ordering one over the phone, or even hailing one down on the streets. Ride-hailing services are also popular, with Uber, Careem, and Hala being the most used apps.

Enrolling your kids in a school

Most expats in Dubai send their kids to international schools and, luckily for you, there are many British international schools to choose from, such as the Dubai British School Emirate Hills. While education standards are excellent and your child will have minimal disruption to their education if they move back to the UK or another country, tuition fees at international schools can be quite steep. You can expect to pay between AED 3,567 to AED 107,928 per year - not including additional expenses like school trips and extra-curricular activities.

To find the best school in Dubai for your child, you can use the search tool on Edarabia to filter schools based on location, curriculum, and tuition fees. Many international schools have ‘rolling admissions’, which means your child can join at any time of the year. This is handy for expats whose job contract doesn’t start at the beginning of the academic year. Note that places are often limited at the top school, so you’re advised to apply early to avoid disappointment.

Further reading: Your guide to schooling options in Dubai 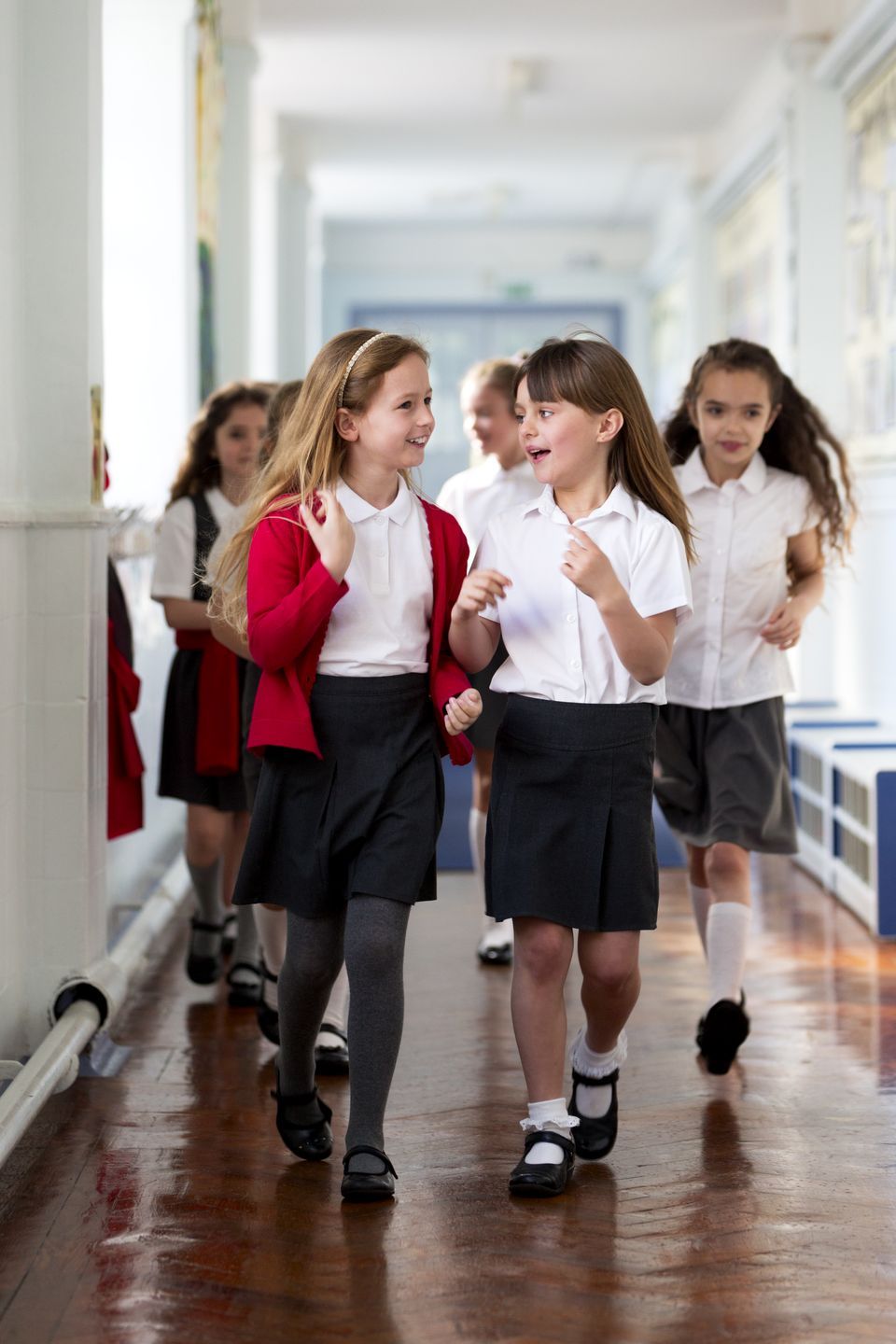 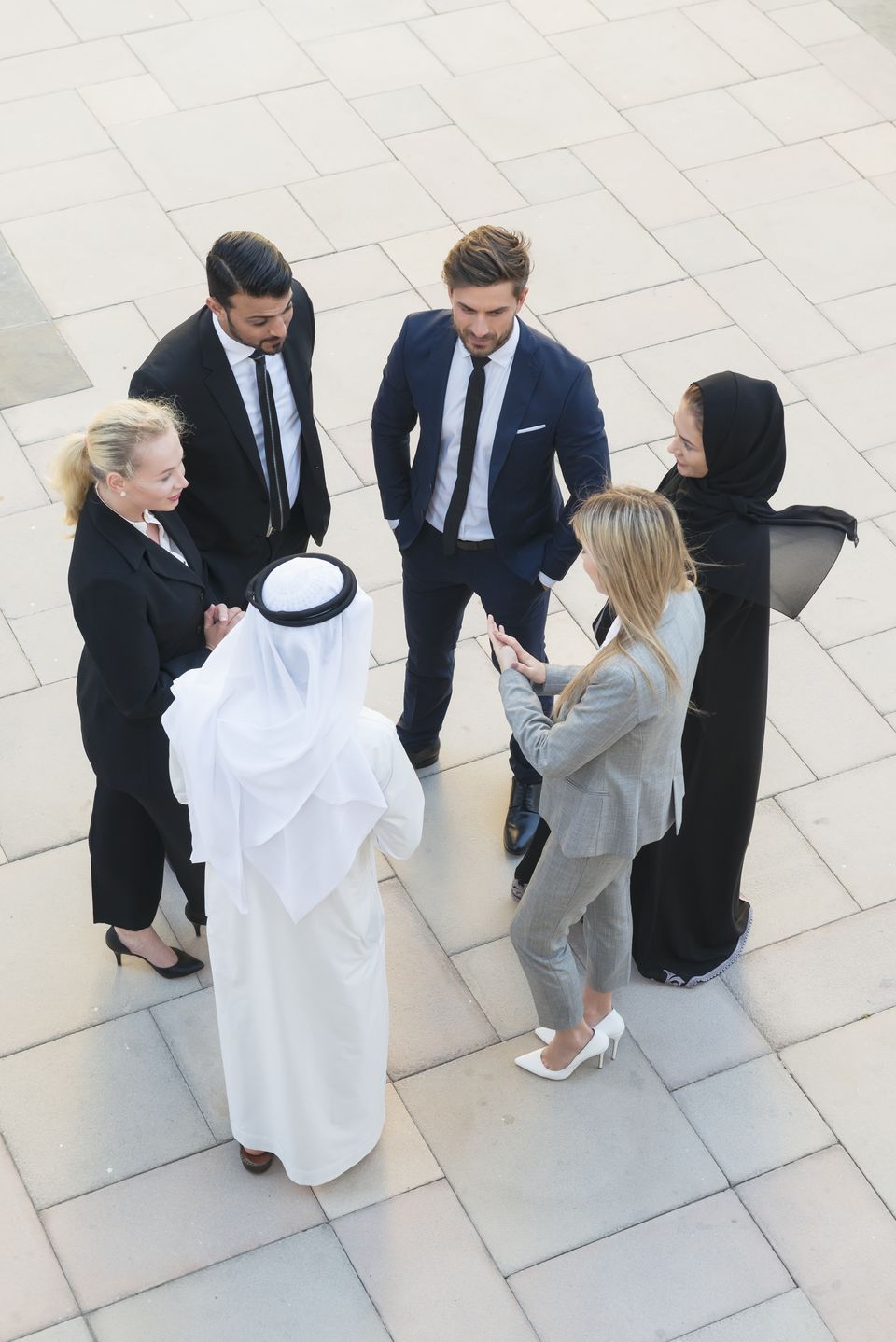 With so many expats around, you’ll have no trouble meeting newcomers and foreigners like yourselves, and making new friends. For those who’ll be working at an international company or have kids enrolled in an international school, these are easy avenues to meet people and find your footing. Otherwise, you can also mingle with your neighbors if you’ve chosen a residential area with an active community.

Do you feel homesick and/or miss socializing with fellow Brits? Or maybe you need a head start ahead of your move to Dubai? There are a few communities you can get in touch with, including:

Thankfully, Dubai is home to an excellent healthcare system that comprises top-notch hospitals and clinics. British expats will also be glad to know that most practitioners speak both Arabic and English, which removes the language barrier and makes communication easier. But, of course, there are always two sides to the coin, and the system does have its fair share of challenges - especially considering the area’s population growth.

Here are some things to know about Dubai’s healthcare and health insurance landscape:

How does Dubai’s healthcare system work? How are standards in the public and private sector?

As the healthcare system is regulated at both the federal and emirate levels, the Dubai Health Authority (DHA) oversees both public and private healthcare. It administers the Emirate’s four public hospitals - Dubai, Rashid, Latifa, and Hatta. While the standards are high in the public sector, many expats are attracted to the more than 130 private healthcare facilities in Dubai for their shorter wait times, greater access to specialists, and luxury amenities.

Did you know that a 2018 report from the DHA found that only 20% of healthcare usage is through the public system? This is primarily used by Emirati citizens, who make up about 15% of Dubai’s population.

Can expats apply for public healthcare in Dubai?

Yes, certainly. You’ll need a health card, which you can get from the DHA online or by visiting a medical center.

Is health insurance mandatory? What is the essential benefits plan (EBP)?

The DHA mandates that health insurance is required for all expats and Emirati citizens, and that companies in the Emirates are required to offer private health insurance for all their expat employees. As part of the legislation, the Essential Benefits Plan (EBP) came into force to help expats who earn lower salaries and provide them with basic coverage. Non-working residents, children, and domestic staff can also enroll.

It’s worth noting that the EBP is far from perfect as some kinds of medical care, such as dental and vision care, are omitted. In addition, you should also know that employers have the option to choose another health insurance plan for those earning more than 4,000 dirhams a month - as long as the plan they opt for meets or exceeds the minimum coverage offered through the EBP.

Further reading: Your guide to mandatory health insurance in Dubai

Why should expats consider securing an international health insurance plan?

International health insurance plans are incredibly popular with British expats in Dubai as they’re globally portable. This means that if you travel abroad or relocate to another country, then your health plan will still cover you. You can also tailor coverage to your exact needs and requirements by including coverage for things like:

Note: Another option is to secure a top-up insurance plan or enhanced coverage in addition to your employer-sponsored plan.

Securing health insurance as a British expat in Dubai

Looking for health insurance? While cost is definitely an important consideration, it’s by no means the only consideration. In fact, simply looking at the price tag can backfire as you may end up with a plan that has several drawbacks like erratic premium increases, low limits, many exclusions, etc.

A good approach is to balance the right benefits and costs by asking questions like:

This process involves being familiar with insurance jargon and having the time to bury your head deep into the insurance policy.

Expats also have the additional task of figuring out Dubai’s health insurance requirements for their particular visa category, and ensuring they choose a compliant plan.

It’s not hard to see why many expats prefer to work with a reputable insurance broker like Pacific Prime Dubai. Rather than do all the leg work yourself and go directly to the insurer, brokers like us:

Take the stress and hassle out of the process, and act as your advocate

Support and assist you throughout your insurance journey

Speak to an Advisor Today!